TILLAMOOK, Ore.—Following conservation measures adopted last week to reduce catch limits in the Nehalem Basin itself, ODFW has implemented a temporary rule modifying catch limits for adult wild Chinook salmon in the ocean immediately off the mouth of Nehalem Bay. 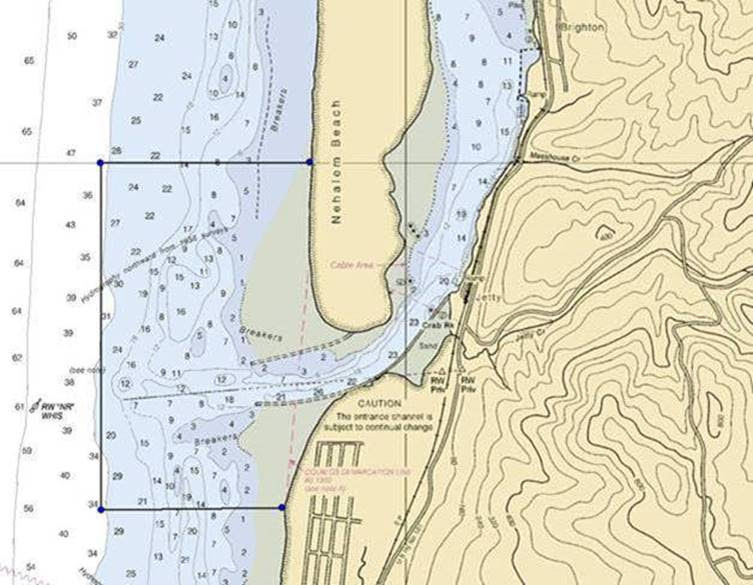 Effective July 1, ocean anglers fishing inside the special ocean management area (defined below) will be required to abide by the same catch limits as anglers fishing inside the Nehalem River basin. Under these new temporary rules, take of adult wild Chinook salmon in this ocean area and the Nehalem Basin combined is restricted to one adult wild Chinook salmon for the period of July 1-Sept. 15, 2019.

The rule changes do not affect other existing regulations in this ocean area. In particular, anglers will still be required to follow federal rules and use no more than two single point barbless hooks. Catch limits for hatchery salmon and legal size limits also remain unchanged. Salmon caught in this area will still be recorded on the combined angling tag as code “2”, not code “66” (see page 90 of the 2019 Oregon Sport Fishing Regulations for location codes).

“During recently held public hearings, one of the concerns we heard was specifically about the ocean immediately outside of the bay, where an opportunity exists for anglers to harvest Chinook salmon bound for the Nehalem Basin,” says Robert Bradley, District Fish Biologist for ODFW’s North Coast Watershed District. “This special ocean management area is intended to ensure that conservation measures needed for the Nehalem Basin are achieved. The action will also make enforcement of the reduced limits more straightforward.”

Bag limit and other restrictions for fall-run Chinook salmon in Oregon coastal basins, including the Nehalem River and this special ocean management area after Sept. 15, will be announced later this summer. For more information about upcoming North Coast fishing seasons, including regulation updates, visit ODFW’s online fishing reports at https://myodfw.com/recreation-report/fishing-report/northwest-zone

In the Portland area Northwest sturgeon guides are offering catch and release guided sturgeon fishing trips until quotas are met.

What’s happening in the forums